What is team alignment? What are the key differences between a team that is aligned and one that is not? How do get your team to become aligned? And if you succeed, what are the benefits?

Let’s look at a hockey game. Are all the players going after the puck? Are they all trying to cover the same player from the opposing team? Are they all taking a defense position? No! And why is that? It is because the team is aligned.

They are aligned because every player on the team knows what they are best at and what they should avoid doing. They also know the same details about all their teammates. Before each game, they have a plan. The team knows what they are supposed to achieve and how they should go about it. It may not always work, (competition can be fierce) but they stand a much better chance than if they don’t know what their alignment for the game will be. The team is committed to the plan and members of the team come to all the games and practices. When things don’t work out, they re-group and adjust their plan, and when the team wins … they celebrate together!

A management team is not much different than a hockey team. An aligned management team has a common vision, with clear business priorities that members are committed to. There is clarity of each other’s roles and responsibilities, authorities and decision-making lines are understood and success is clearly defined. Conflicts are dealt with in an open constructive manner and group norms are established for working together.

The cost of working in a non-aligned management team can be significant. Much time is spent in lengthy non-productive meetings, decisions tend to take longer to be made, efforts are duplicated because roles and responsibilities are not clear, there is more internal competition than collaboration and the best solutions are not always adopted because team members won’t challenge each other or hold each other accountable to what needs to be done.

When a team is aligned, things are different, although not necessarily easier. Becoming aligned is not easy because it requires commitment and discipline. You will have to share a common vision that translates into clear business priorities; you will have to trust each other, disclose and resolve issues, get engaged and commit to achieving clear deliverables, as well as hold each other accountable. It is also not an activity that can be done once a year, but a process that has to be committed to everyday. However, the benefits are rewarding and can be seen at multiple levels:

As Patrick Lencioni said in “The Five Dysfunctions of a Team”:

“If you could get all the people in an organization rowing in the same direction, you could dominate any industry, in any market, against any competition, at any time.”

At MarchFifteen, we are very passionate about helping our clients and their teams becoming more aligned and focused. This attitude is evident also in the way we function as a team. We recently went on a highly productive two-day off-site in beautiful Muskoka & Haliburton Region. In such an inspiring setting we took time to dream, strategize, plan, focus, bond, and, of course, have a bit of fun. It was very meaningful and, yes, our team is even more aligned.  See the evidence below….! 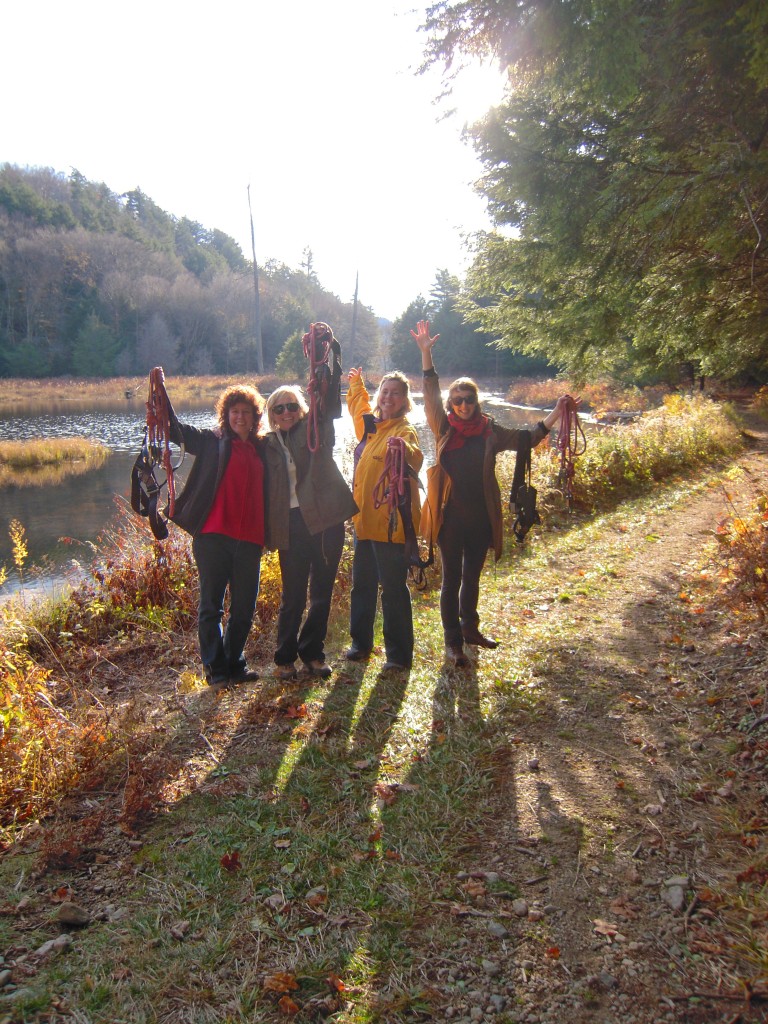 We are pleased to announce that MarchFifteen President, Edyta Pacuk, has been selected to be part of Forbes’ Coaches Council, an invitation-only organization dedicated to the needs of leading business and career coaches. The coach members all share a unifying mission of helping others through their own unique methods. Recently Edyta was featured in the Members Spotlight, where she shared her inspiration to become a coach, the advice that guides her, as well as the hurdles currently facing her clients today.